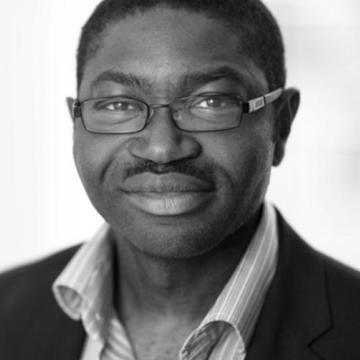 Dapo Akande Dapo Akande is Professor of Public International Law, Fellow of Exeter College (since April 2018) and Co-Director of the Oxford Institute for Ethics, Law and Armed Conflict (ELAC). From 2012 to 2017 he was Co-Director of the Oxford Martin Programme on Human Rights for Future Generations. He has held visiting professorships at Yale Law School (where he was also Robinna Foundation International Fellow), the University of Miami School of Law and the Catolica Global Law School, Lisbon. He was the 2015 Sir Ninian Stephen Visiting Scholar at the University of Melbourne Law School’s Asia-Pacific Centre for Military Law. Before taking up his position in Oxford in 2004, he was Lecturer in Law at the University of Nottingham School of Law (1998-2000) and at the University of Durham (2000-2004). From 1994 to 1998, he taught international law (part-time) at the London School of Economics and at Christ's College and Wolfson College, University of Cambridge.

He has acted as consultant, expert, or adviser on international law issues to United Nations bodies, the African Union Commission, the Commonwealth Secretariat, and the Association of South East Asian Nations (ASEAN). He has provided advice to States and non-governmental organizations on matters of international law. In addition, he has assisted counsel, or provided expert opinions in cases before several international tribunals, including the International Court of Justice, the European Court of Human Rights, the International Tribunal for the Law of the Sea, international arbitral tribunals in mixed disputes, World Trade Organization and North American Free Trade Area Dispute Settlement panels. He has also acted as consultant/adviser in cases in national courts, including the UK Supreme Court. In 2017 he is acting as legal adviser to the UK Parliament’s All Party Parliamentary Group on Drone’s Inquiry into the ways in which the UK works with partners on the use of drones.